3D Touch  —  The Story of Great Engineering and Poor Usability

Avid Apple users often plan their purchases ahead of time. I am on the “S” iPhone update cycle, so the launch of the 6S was merely a reminder. The all-new 3D Touch technology featured by the new line got me even more excited. It seemed to be the new thing.

I am still confident it is the new thing. It is maybe not a moment as big as the invention of the mouse, but definitely up there with the iPod click wheel, the Apple Trackpad, and the TV remote control. After using it for a month, I believe that 3D Touch will become an important interaction pattern in the future.

The honeymoon for 3D Touch is over

Although I enjoy using 3D Touch, as a designer I can’t ignore the fact that it doesn’t stand true to important principles of good design. Apple is known for crafting products and interfaces that are simple, intuitive, and easy-to-understand. But this is not the first time they deliver sub-par experiences.

In their more recent history, Jony Ive’s creative team aims more at designing beautiful devices, often at the expense of a solid user experience. Good news is that competitors are not much better either (one, two, three), but this doesn’t mean Apple can slack. Companies rise and fall quickly. Yes, even Apple. The company is a company built on the foundations of great products and great user experience. When one fades away, the other one will eventually too.

3D Touch is an excellent way of taking the concept of a mouse to portable devices. Once app developers will embrace the technology, it can change the way we communicate with our devices. But in order to achieve that, it needs to be discoverable, consistent, and intuitive – some of the most important principles of design.

The biggest pain point of 3D Touch is that it is not easy to discover. Tech savvy individuals know it is there, they have been waiting in line to be the first to get their hands on the newly-launched gear. It is not them I am concerned about. I am thinking of Accountant Bob, Cashier Mia, and Car Mechanic Sam, names I often use to describe people whose lives do not revolve around tech hardware.

Discoverability is closely related to feedback and communication. It encourages users to discover functionality by providing cues about how to use UI elements.

In other words, menu items should look clickable. Labels should not interfere with the user, but be there for when they are needed. Users should know what interaction patterns are available just by looking at the screen. 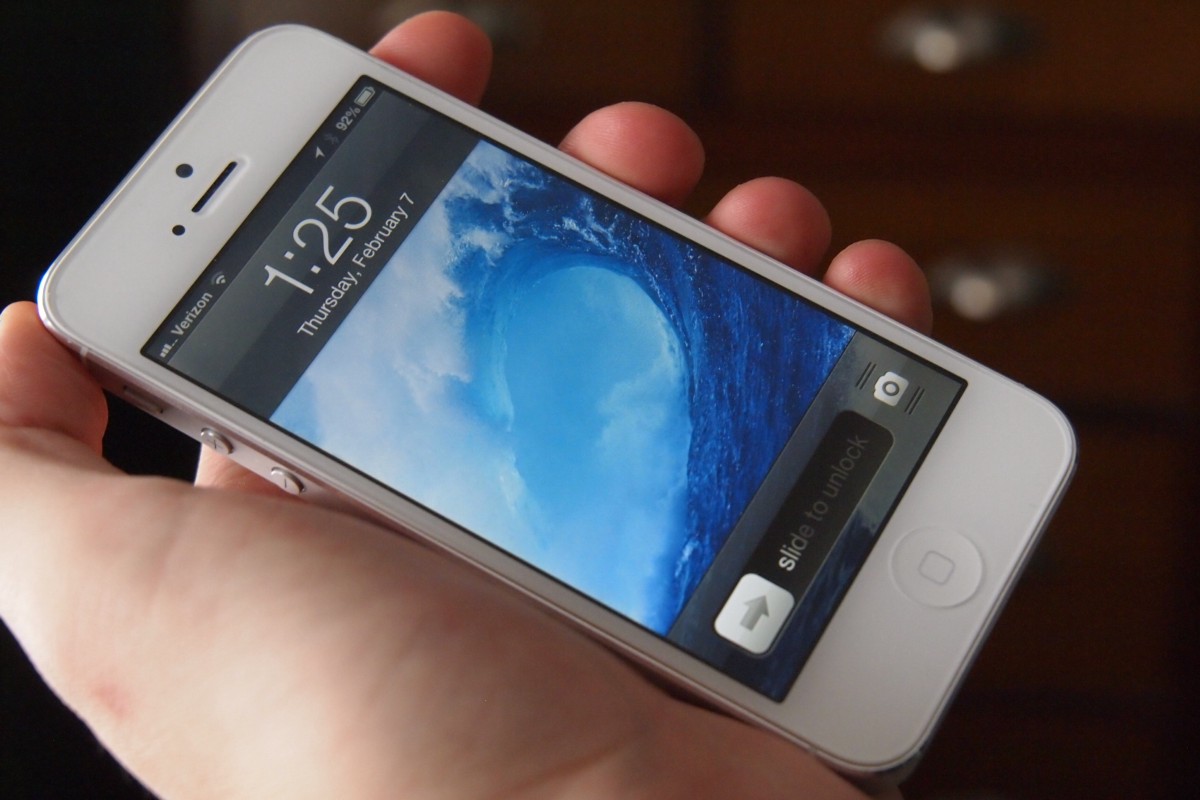 The lock screen in an earlier version of iOS

The lock screen is a great example of an interaction pattern that is easy to discover. The design indicates the arrow slides to the right under the action of your finger, while good copy offers enough information about the result. But more importantly, the interaction pattern is visible to everyone. There is no greater example. This was back when Apple didn’t give aesthetics more importance than user experience.

One of the ways to discover 3D Touch is to mistakenly press too hard when trying to reorder the icons. A dropdown will appear with some sort of quick actions the user has never seen before. Some might get scared, while some others might be intrigued and explore it more. Who knows, some might even end up making use of it. But that’s the good scenario.

The other one is when users press the screen on top of an app that doesn’t support 3D Touch. The device will return a tactile feedback indicating there is no action available there — a weird vibration of some sort. But Cashier Mia knows this is the way she can get her icons to jiggle. She did this for years. Why the hell doesn’t it work? And why does her phone suddenly vibrate?

She will most likely try again a couple more times. Same thing will happen. She will get frustrated and never bother again or will call support. This makes her feel stupid. If there is something design is never allowed to do, it is to make the user feel stupid.

The fact that users can’t discover a feature Apple believes to be the new black is critical. I wouldn’t be surprised to read about a user who, two years from now, discovers 3D Touch by mistake and has no idea that his smartphone actually featured it for a long time. There is a reason why Forbes’ article about iOS9 secrets has, at the time I wrote this, almost a million views. And this is only one article out of more than half a million Google results on secret features ios9.

When designing technology, we tend to forget that most people are not as tech savvy as we are. If 3D Touch will be difficult to discover for even 25% of the users (although I believe the number could be larger), it will not become any sort of interaction pattern that is here to stay.

It makes no difference if I hold my own TV remote or yours. Sure, they might look different, but I know that pressing the buttons while pointing the remote at the TV allows me to control it.

Whether I hold my iPhone or an Android phone, there should be no difference in how you control them. Tapping, zooming, and pinching are gestures used on all portable platforms and this might be the reason why they are so popular. 3D Touch might just be one of those things that will take time for competitors to adopt (if they will at all). In this case, you can’t consider 3D Touch a new best way to interact with devices, because it is limited to only Apple hardware.

When you put an iPhone 6S in the hands of someone who never used an Apple product before, 3D Touch will not be consistent with other manufacturers’ interaction patterns. This means there is a learning curve no user will be able to skip past.

When you know there is a way to peek into an email or get app shortcuts on the home screen, you don’t immediately think of pressing hard on the screen. You think of all kinds of gestures, but pressing hard on the glass is not the first to pop into your mind. Not only it is not intuitive, but it also works a bit against our own senses.

We’ve been taught that these devices are sensible, especially the glass. And we know since childhood that glass is something you don’t want to be too aggressive with. Although it got stronger in the past years, the glass on the iPhone is still only that – glass. Pressing harder on the touchscreen is something that I was very uncomfortable with in the beginning. What if I break it? What if, over time, I damage the screen because of constantly pressing too hard on it? I was fully aware of how strong the glass is, but in the back of my head there was still a voice telling me not to press that hard.

Now imagine putting this clean-cut, impeccable, light device in the hands of someone who doesn’t know how strong the glass is — maybe someone who bought an iPhone for the first time. Tell them there is this pattern of interaction where they have to press harder on the touchscreen. I bet they would be a bit reluctant to use it. I am not the only one who thinks about this. I really believe 3D Touch can take time to get used to because, among others, it works against our own senses.

Intuitiveness goes hand in hand with discoverability. If an element is not intuitive, it is most likely difficult to discover. This is where I see the flaw of 3D Touch. Of the 91 apps that I have on my phone, only 31 support 3D Touch. 20 are Apple apps. The technology is still new and it will take time until users will heavily make use of it on the home screen. And this is normal.

But! (there’s always a but). When a button is inactive, you can see a change in color, opacity, or size. When you have a new notification, you can quickly see this on the home screen. When elements are not clickable, it is indicated in some way. But if an app doesn’t have 3D Touch support, the only way to figure this out is through trial and error. Again, not very intuitive. 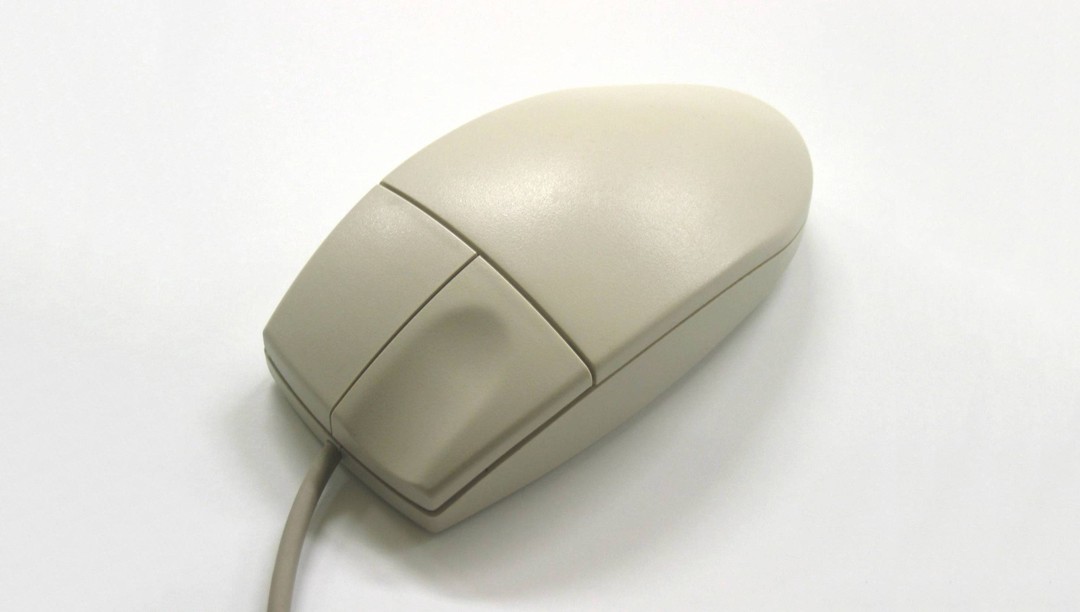 One of the early two-button mouse

One of the greatest inventions of our time, the mouse, is also one of the most intuitive. It doesn’t take a genius to see that there are two buttons you can click. With time, however, the mouse became more simplistic and manufacturers started removing the buttons completely. Created by who else other than Apple, one of the most beautiful one is the Magic Mouse. The product features no physical buttons, yet Apple can pull it off and create a product that is very intuitive. How? Well, what Apple took advantage of for the mouse will also be taken advantage of for 3D Touch.

3D Touch will likely get better

People have used the mouse for many years now. It is a recognizable object that can look a bit different from manufacturer to manufacturer, but it has almost the same shape and size. If I ask you to close your eyes and place one in your hand, you will instantly recognize it as a mouse. This is history. History makes it possible for Apple to design a mouse in the same shape, but without buttons, and still create an intuitive product. I believe history will also make 3D Touch an instantly recognizable interaction pattern.

The fact that Apple sells millions of devices to users from all over the world is a huge advantage they have over all their other competitors. If they introduce a new, innovative concept, it doesn’t take a long time until Apple customers start using and evangelizing it. Developers are also quick to embrace it. And history shows that it doesn’t take a long time until competitors start creating products based on the same ideas.

Time will tell if 3D Touch will be successful. For now, it is nothing more than a gimmick. But now it is up to us. Apple has done their part by creating and marketing this great piece of engineering, but it is up to developers and designers to take it and create something valuable with it. It might not be the new mouse, but a few years from now, when we will look back at this moment, we might praise Apple for coming up with another real gem of interaction.