Should You Protect Your Idea With an NDA?

There’s an opening statement that’s too common in the tech industry; one that greets us way too often. Let me know if it sounds familiar to you:

Before we tell you about our idea and the project, we need you to sign this NDA.

Let me begin by saying that there’s nothing wrong with protecting a project that has to be protected. Say an agency client wants to keep an upcoming product quiet; say you’ve found the solution for a new-generation propulsion engine that will take humans to Mars; or maybe the information that will be disclosed as part of the project can’t transpire due to an upcoming stock market flotation — by all means, ask everyone to sign an NDA. That’s what an NDA is for.

Now that we’ve got that out of the way… in most other cases, NDAs communicate something much more than just legal jargon, and it’s not good news. They give you an insight into who you’ll be working with and their mindset.

People who ask for an NDA just to share an idea usually misunderstand what successful companies are made of. There, I said it. To them, the idea is the end all be all, which goes against everything we know to be true in product development — that it’s the implementation, rather than the idea, that makes a product successful. 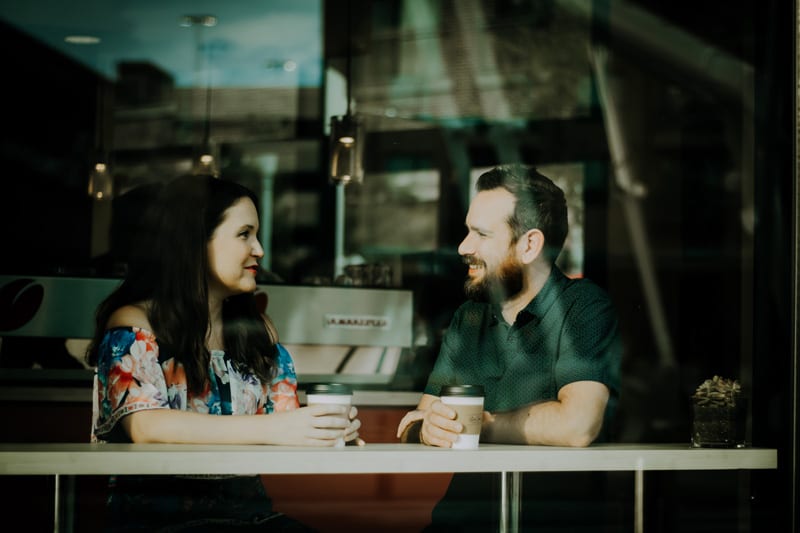 Sharing your idea early on is better than keeping it quiet.

Most experienced founders will tell you that ideas are just a multiplier of your execution. On their own, they are worthless. But pair a good idea with an on-point execution and you’ve got a chance.

Most first-time founders underestimate the execution — the importance of your product team, tens of iterations after launch, timing, marketing, strategy, luck, etc. The idea is just step one, and moving beyond requires steering away from protecting a concept to seeing the big picture.

Throughout the product development cycle the idea should be fluid and ready to grow. Companies that understand this don’t stress over NDAs. Instead, they focus on hiring the right people and letting them make decisions. They let people gain fresh perspectives by sharing what they’re working on with people outside the company. They acknowledge that the idea will evolve in ways they didn’t even imagine. And that’s the best part about starting a product business: people can steal your idea, but they can’t copy your execution.

If you’re being secretive about the “next Airbnb” or “next Uber”, you’re doing yourself a disservice. Sharing ideas with others is not only the best way to validate them, but potentially also a way to understand whether your planned execution is flawed. Maybe here’s where you get inspired to pivot into something different. Maybe you realise the problem you’re trying to solve is already solved by another product, so you change your approach. Feedback is valuable. Don’t hide your ideas, because even if someone wants to steal them, their final product will likely be wildly different than yours anyway.

An argument for not sharing ideas is that if someone steals yours, they’ll run away with the millions you were entitled to by building something better than you. That’s silly, and YouTube is a good example. Right around the same time they pivoted into video, Viddler was doing the same. They were both building products based on the same idea around 2005-2006. What made Google acquire YouTube instead of Viddler? Who knows… but implementing the product better is one of the reasons for sure. Despite Viddler being based on the same idea, they never made it — because ideas don’t matter if the execution is not solid.

Another argument for protecting ideas is that it will give you first-to-market advantage. If we launch first, surely we’ll have more chances to succeed. Yeah… but no. Just ask Chase Jarvis, a legend in the world of photography. His brand and community-building prowess helped his app to the top of the AppStore in 2009. BestCamera allowed users to add filters on top of photos and publish them, and they quickly got their first million users. By any measure, it looked like it was going to make him a millionaire. Instagram, which was on its second or third pivot at that time, decided to build a product based on similar principles. While BestCamera’s progress was halted by team issues, Instagram took off and was later sold for $1 billion. Again, same idea, different execution. The fact that BestCamera had a year headstart didn’t matter. What mattered was that Instagram came along and executed better.

It’s the thousands of micro-decisions you make over the years that allow you to build a successful product and company. By the time you get there (if you ever do, considering the odds), the product will look nothing like what you’ve envisioned when you started.

We shouldn’t be afraid of sharing ideas. Building a product business is a long journey, and it’s unlikely that anyone will be willing to run down that road during the hard times with an idea that’s not theirs. When it comes to grit and longevity, believing in what you’re working on is what will allow you to stick with it. If someone steals your idea, as soon as times get tough (and they always do), they’ll drop it, because it wasn’t theirs. They didn’t come up with it. They didn’t believe in it. They’ve taken it from someone else and thought that it would magically make them millionaires. But that’s not how millionaires are made.

What I’m advocating for is not getting rid of NDAs altogether. They do serve their purpose. Also, just to fend off purists, I don’t believe that ideas don’t matter at all. They obviously do. But what I’d like to see more of is founders who understand that sharing ideas is an advantage, not a danger. Founders need to understand that in product design keeping your cards close to your chest is detrimental; the more people see your cards, the more feedback you’ll get, the better you’ll play. And if someone happens to win a hand because they’ve seen your cards, it’s unlikely to be enough for them to win the whole tournament.

Share your ideas openly. What you want to protect is your execution.